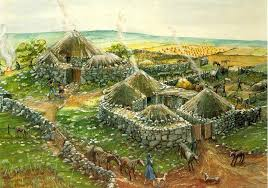 It is very easy for us in the modern age to get somewhere. We have road, rail and even air links to pretty much everywhere in the world as well as the use of ships and boats to reach places like the South Pole. We also have detailed maps of the world and even ones that go down to a local level like Planning Maps. If you need one of them, Planning maps from the map shop are always available. What did our ancestors use to get around so that they were not lost.

First of all it should be said that people rarely went outside of the town and village. There simply was not the need for people to move. Their job, market, family and dwellings were all in the local area. However, if they did need to travel the horse was the preferred mode of transport with the Cart or stagecoach as the next alternative. There were few roads  in Britain and those that were in existence still followed the old tracks and Roads laid out by the Romans. Those old roads and tracks form the basis for our road system today.

People used the local landmarks to get themselves from A to B. There were certain mountains and hills that would indicate which way to go. Thickets of Woods were also used as was  the development of Road signs. However, as most of the population were illiterate they had to use drawn symbols to illustrate where places were.